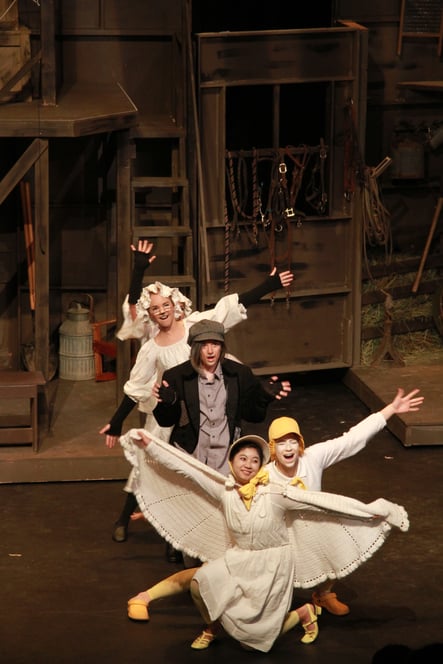 The Theatre history at C.S. Lewis is rich.  Performance opportunities are available most years depending on student interest and leadership.  There are many opportunities to be involved behind the scenes as well including stage managing, hair and makeup, set construction, set design, publicity, sound, lighting, props, box office, and much more.

Wondering if C.S. Lewis Academy is right for your child?