What Do you Learn in Kindergarten? 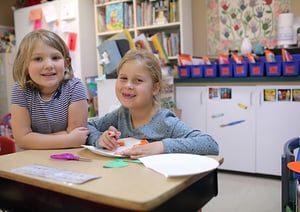 introduction to the educational process, laying the foundation for their academic future. It is a time of learning the basics, like shapes, letters and sounds, numbers and counting, how to walk in a line, how to behave in a classroom, and a time for bonding with new friends over paste and finger painting. Kindergarten memories are special, awakening a love of learning and setting the tone for the rest of a child’s school experience.

I recently asked my kids, ages ten and eight, what they learned in kindergarten. Their answers varied as much as their personalities do. One had nothing but positive memories, while my youngest...let’s just say his answers will require some translation.

I have to agree with them on this. Both were quite forlorn when talking about how much they miss naptime after lunch. While one child took full advantage each day and slept, the other was just happy to be quiet and get rewarded with gummy bears afterwards. At this point in their lives, they are already feeling the weight of responsibility. Free time to rest is a luxury amid school, homework, sports and chores. It saddens me a little to see how quickly kids lose that precious down time.

My oldest learned about taking turns through stations. His teacher had set up various stations throughout the classroom. For a certain amount of time each day the kids would cycle through activities such as listening to an audio book through headphones, playing a shape game on the computer, math and reading games on a tablet, resting and reading. Essentially, it was undirected free time where they could quietly discover their surroundings. While the tablet station was the most popular, the children learned the value of waiting their turn through this structured approach.

According to my youngest, he learned that “life isn’t fair” because he didn’t get to play with toys even when it was his turn. Here’s where I need to provide a little parental translation and let you in on what was going on with him at this time. He was still learning to control his emotions when things didn’t go his way. His teacher was working with him, and she kept us informed and involved. In the end, he found that certain behaviors in the classroom were not permitted. He learned that he could prevent these behaviors through evaluating and controlling his emotions. That’s pretty big for a kindergartner if you ask me.

I can attest to this; math was indeed a struggle for both of my kids. Let’s be honest, it was a struggle for me, too! At this age I think it’s especially hard because they don’t understand why they need to know how to solve a math problem. I remember sitting at the kitchen table with my oldest trying with all of my might to get him to care enough to think through an addition problem. There was this mental block that prevented him from making the attempt. He tells me now that it wasn’t until they learned to make their own word problems that it clicked for him. Suddenly math mattered when it came to figuring out how many jelly beans you had left after someone gave you three more.

I Learned to Read

This is huge. I look back at my time in kindergarten, and while I had mastered my ABCs by the end of the year, I definitely didn’t know how to read. At age 5, a child in kindergarten is improving their language skills daily and may be able to recognize common words. This word recognition assists them in reciting their favorite books by memory (that and the helpful pictures!). To a kindergartner, and to his parents, that is reading and it is pretty darn exciting.

I don’t want to imply that you should send your child to kindergarten to help them get a head start in language and math development. That’s a wonderful side benefit but shouldn’t be why you enroll them in school. The most important skills they learn in kindergarten are about relating to their peers and getting into a routine. At this age parents get to learn something, too - how to hand over the reins to an experienced educator like those at C.S. Lewis Academy. That first day dropping your precious little one off at school is tough. But you can find comfort in the fact that God is about to take you both on an amazing adventure with the help of our teachers. 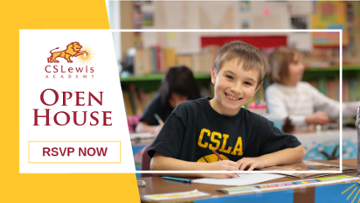 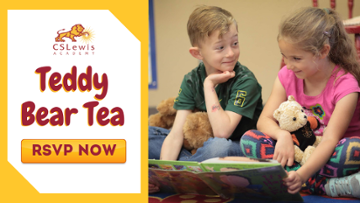